Van Orden on Brexit: Both sides want a deal and it’s time to get on with it 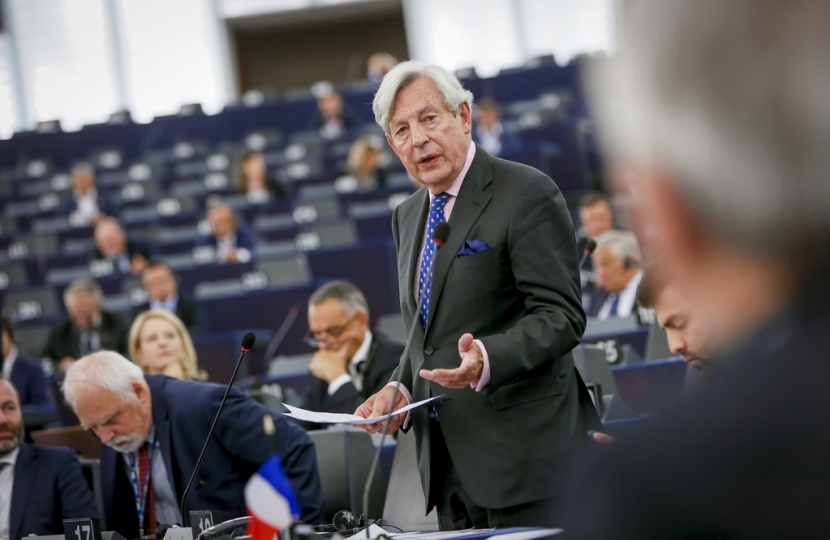 Michel Barnier needs a "hurry up" call to agree a Brexit deal before the UK leaves on October 31. That was the message today from Geoffrey Van Orden in his speech to the European Parliament during a key debate on Britain’s departure.

The leader of the ECR’s delegation of UK Conservative MEPs thanked both Mr Barnier and Commission President Jean Claude Juncker for their “broadly helpful and positive” remarks at the start of the debate. But he stressed that the UK would be leaving on October 31 and EU capitals should be urging Mr Barnier to “get on with it” to deliver a deal.

“The British Government wants a deal. Not any old deal, but one that is acceptable to the British Parliament and people. And we need to get it over with quickly. We must leave on 31 October. What would be the point of further delay. Some of you may think that if we drag this out a bit more then there will be a change of regime in Britain, and maybe a change of heart. I believe this is delusion.

“What sort of relationship do you want to see with Britain in the future - a positive one, based on friendship and goodwill and mutual interest? Or one based on anger and bitterness and exclusion?

“Everyone engaged in this process who genuinely seeks agreement, must re-double their efforts to deliver a deal - this requires goodwill and flexibility on both sides. We all know that in the EU nothing is possible and everything is possible, if there is the political will.

“The EU needs to adopt a similarly generous approach towards British nationals in the EU as the British government has towards EU citizens in the UK.

“It is however, based on parity of esteem between the two communities, the two traditions, in Northern Ireland. Please do not forget that the majority of people in Northern Ireland are Unionists - they are proud to be both Northern Irish and British and wish to remain so. Some in this House, seem to have forgotten this.

“So both the EU and the UK must apply some creative thinking to find alternative arrangements to the backstop. I urge all MEPs that represent parties of government to pick up your phones to your capitals. Maybe M. Barnier needs no instruction - but he needs to do a deal, and the Council must urge him to get on with it before it meets on 17 October.

“Let us not lose the opportunity for that ‘fresh and exciting partnership’ between the European Union and the United Kingdom, to serve all our people well in the years ahead.”