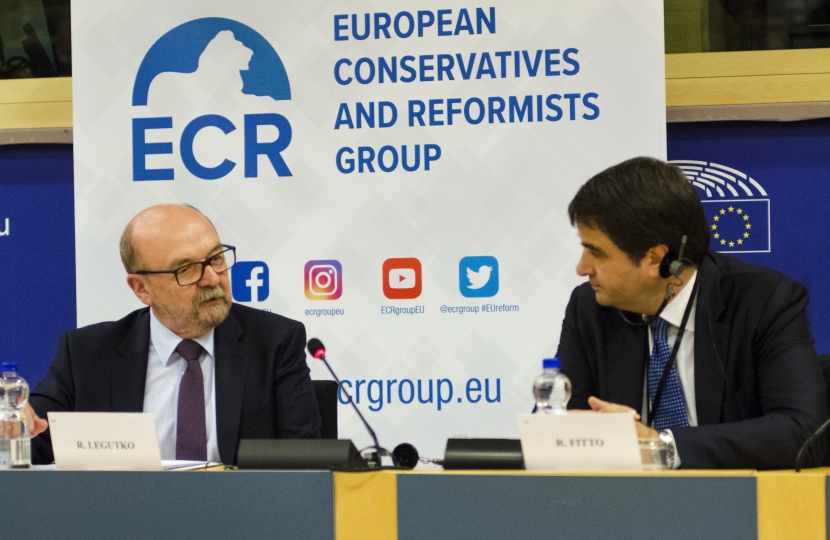 The ECR Group in the European Parliament held its constitutive meeting in Brussels today, formally establishing the Group for the next five years. New Co-Chairs and the Bureau were appointed and new members Vox from Spain were welcomed.

Polish MEP Ryszard Legutko will continue as Co-Chair of the Group and will be joined by a new Co-Chair, Italian MEP Raffaele Fitto from Fratelli d’Italia. Also appointed were six Vice Chairs and two Co-Treasures to complete the formal establishment of the Group.

During the same meeting Czech MEP Jan Zahradil was selected as the Group’s candidate for President of the European Parliament, with the election set to take place on 2nd July in Strasbourg.

Speaking after the meeting, Legutko said:

“We are delighted to establish our Group for the next five years and to continue our positive and constructive approach to bringing about lasting change to the way the EU works.”During the meeting the ECR also welcomed three new members from Vox in Spain, meaning that as of today the Group consists of 62 Members from 15 different EU Member States

“I’m also looking forward to working with members from VOX who were welcomed to our group today. Together we will work towards an EU that does less but better and that works for and respects all its Member States, not only the biggest two or just those that agree with the status quo.”

“The ECR is a group with an important message and I am delighted to lead them in delivering it. The EU needs to get back to basics and focus on the areas where we really do need to work together, such as connecting people and business, boosting employment and economic development, supporting fair trade and also finding a lasting solution to our migration issues.”