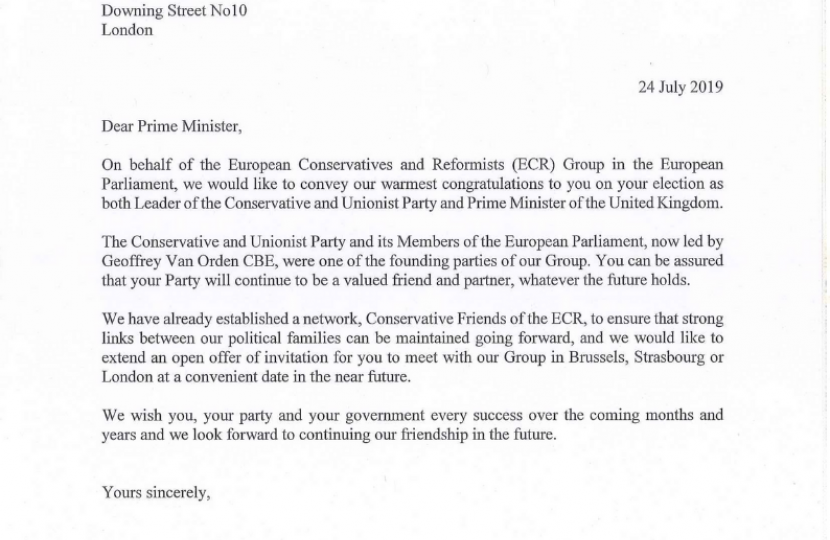 ECR Group Co-Chairs, Raffaele Fitto and Ryszard Legutko, have written to Boris Johnson to congratulate him on his election as leader of the Conservative and Unionist Party and Prime Minister of the United Kingdom.

On behalf of the European Conservatives and Reformists (ECR) Group in the European Parliament, we would like to convey our warmest congratulations to you on your election as both Leader of the Conservative and Unionist Party and Prime Minister of the United Kingdom.

The Conservative and Unionist Party and its Members of the European Parliament, now led by Geoffrey Van Orden CBE, were one of the founding parties of our Group. You can be assured that your Party will continue to be a valued friend and partner, whatever the future holds.

We have already established a network, Conservative Friends of the ECR, to ensure that strong links between our political families can be maintained going forward, and we would like to extend an open offer of invitation for you to meet with our Group in Brussels, Strasbourg or London at a convenient date in the near future.

We wish you, your party and your government every success over the coming months and years and we look forward to continuing our friendship in the future.