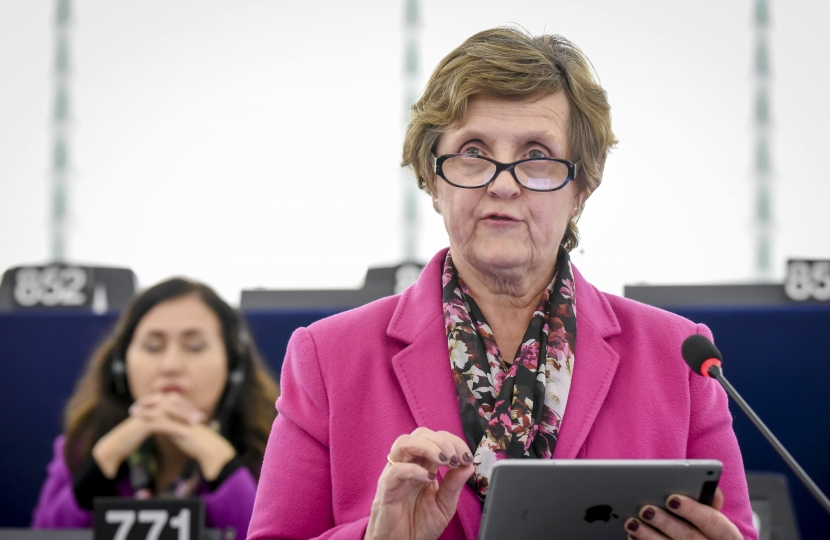 Politically motivated recommendations to overhaul the way pesticides are authorised for use in the European Union were opposed by Conservative MEPs today. The European Parliament's special committee on pesticides is proposing that many powers to licence products are removed from member states and centralised in Brussels, despite hearing from experts that the present system works well.

It is also calling for the decision to re-licence the world's most popular weed killer Glyphosate to be re-assessed, just 12 months after the substance was declared as safe for use and approved for the European market.

Conservative Agriculture Spokesman Anthea McIntyre said the report included discredited assertions simply "to provide a platform for campaigning MEPs ahead of the European elections in May."

She told the Parliament in Strasbourg: "The EU approval process for plant protection products is one of the most stringent systems in the world, yet to read the committee's report you really wouldn't think so. It has been prepared in a very selective manner with many expert contributions being intentionally disregarded.

"The report is very disappointing and reflects poorly on our institution. We should be supporting a fact-based approach to policy making."

Miss McIntyre believes the current system could be improved by increasing transparency, supporting new farming techniques to reduce pesticide use and encouraging the development of novel substances which would make older, more persistent chemicals obsolete.

She added: "The Commission, EU regulatory agencies, Member State authorities and Greenpeace all gave evidence to the committee and said it was not flaws in the legislation that needed to be addressed. Instead they argued that improvements were required in its implementation.

"The committee has a duty to reflect the expert testimony, even when this may be inconvenient for some political groups and campaigners. But it has singularly failed to do so."

The report was approved today by Parliament. It has no legal authority but is likely to inform future decision making on the approval and authorisation process for pesticides.