Syed Kamall: The European Conservatives and Reformists should thrive post-Brexit 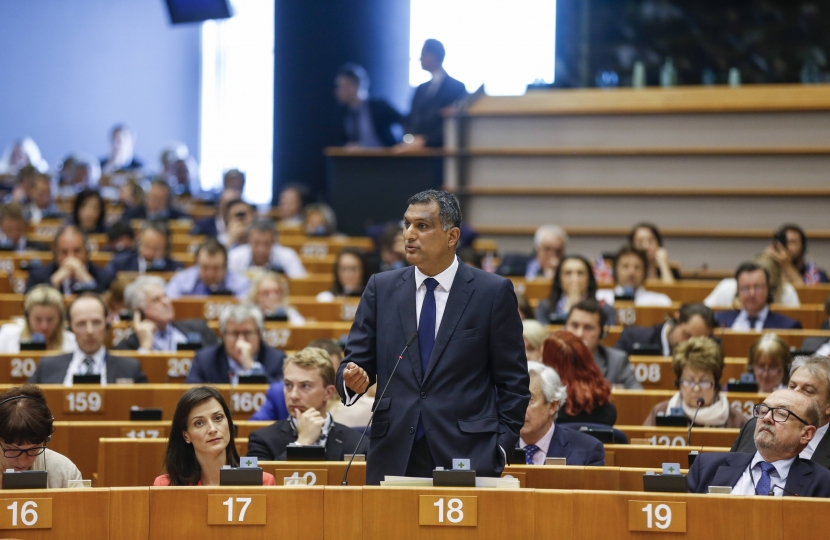 My role in Brussels involves me wearing two hats. The first is as a Conservative MEP for London, representing my constituents and my country and helping to shape legislation..

The second role, perhaps less known in the UK, is as leader of the European Conservatives and Reformists (ECR) Group, the third largest of the eight political groupings in the European Parliament.

Formed at the initiative of David Cameron in June 2009, many in Brussels – particularly the socialists and federalists – predicted the ECR would not survive more than a few months. However, our message of reform, of better Europe not more, of greater democracy and transparency, resonated across bloc and led to the ECR becoming the third largest group with MEPs from 18 Member States in just five years. Not only was this unprecedented, but it led to the ECR overtaking the Alliance of Liberals and Democrats (ALDE) group, much to the annoyance of its leader Guy Verhofstadt.

Just as it is in both the UK and EU’s interests for the UK to remain good neighbours, as we cease to be reluctant tenants, UK Conservatives should also be seeking to maintain our links with like-minded politicians and allies at the heart of the EU. Therefore, it is very much in the our interests that the ECR continues to thrive post-Brexit, which means planning now for the departure of UK Conservatives, who remain the Group’s largest single delegation. With the future in mind, this week ECR MEPs voted to change the group’s constitution to establish a joint chairmanship.

As March 2019 approaches, I will be sharing some of my duties with my Polish colleague Ryszard Legutko and preparing the Group for life without us Brits. The message being sent to both Group members and the rest of the Parliament is that the ECR is stronger than any of its individual delegations and will continue to be a political force beyond 2019.

In the European Parliament, the ECR Group is working closely with other political groups to establish a special committee on terrorism, which hopefully will focus on how we can tackle Daesh/IS terrorism, internationally, at the national level as well as in our local communities.

Asylum and migration may have slipped from the headlines but the people keep on coming. According to the International Organisation for Migration, 24,513 people landed in Italy in the first three months of 2017, up 30 per cent on the same period last year. About 10,000 people arrived last week alone, prompting a government threat to bar foreign ships carrying migrants from Italian ports. Shockingly, one in 30 migrants in the central Mediterranean now dies en-route.

The arrival of summer and the inevitable increase in refugees and irregular migrants attempting to reach Europe, often losing their lives in the process, reminds us that the EU has still to find a sustainable solution.

There are no easy answers, but the lack of media coverage must not see us slacken our efforts. Sadly at a time when a constructive and cooperative approach amongst EU Member States is needed more than ever, the European Commission is determined to force upon Central and Eastern European countries a failed compulsory relocation scheme for asylum seekers, and withhold funds for countries that refuse to take their quota.

If we are to really tackle this crisis, reduce the number of irregular migrants and help genuine asylum seekers, then we need policies which are firm but fair and unite rather than divide us. Politicians and officials in Brussels have to admit that the policy on relocation and asylum is in danger of recreating geographical and political divisions within the EU, whilst doing little to abate the crisis. To make progress EU leaders must be ready to review those policies which simply are not working, rather than carrying on in an attempt to save face.