Zahradil: Franco-German axis is exactly what we feared after Brexit 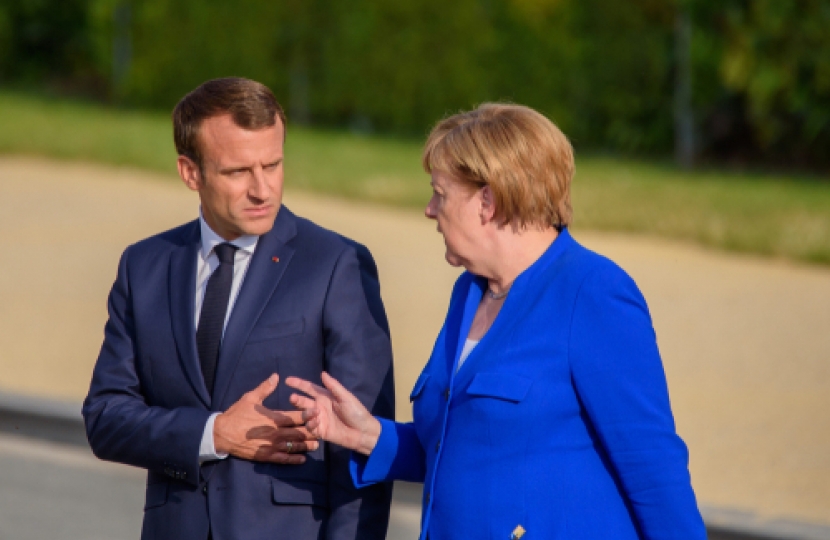 ECR Group Czech MEP Jan Zahradil has raised concerns that France and Germany are using their dominance to force their own EU agenda on other Member States.

He was speaking after Angela Merkel and Emmanuel Macron were meeting on Tuesday in Aachen, Germany, to sign a new Treaty aimed at deepening ties between the two countries.

The Treaty attempts to pave the way for deeper economic integration, joint military deployments and a ‘common culture’ in their armed forces. On top of a general push to develop Europe’s military capabilities, they will also seek to establish a new ‘Franco-German’ defence and security council.

Commenting after the Treaty was signed, Zahradil said:

“A Franco-German axis that goes around other Member States to stitch up EU business is exactly what we feared when the UK announced their intention to leave. The EU needs to work in the interests of all its Member States, not just the biggest two.

“The Aachen treaty also proves how important it will be to maintain the principle of unanimity in the Council on foreign policy. No other Member State is going to feel comfortable giving up their veto if it’s just for Paris and Berlin to take the reins, especially if there is such a strong push for a ‘European defence’ policy at the expense of NATO.

“If the EU’s two largest states want to work together that’s up to them. But it shouldn’t be an attempt to control everyone else – individual countries are best placed to decide what’s best for them, this means keeping autonomy on foreign policy, taxation and migration. “