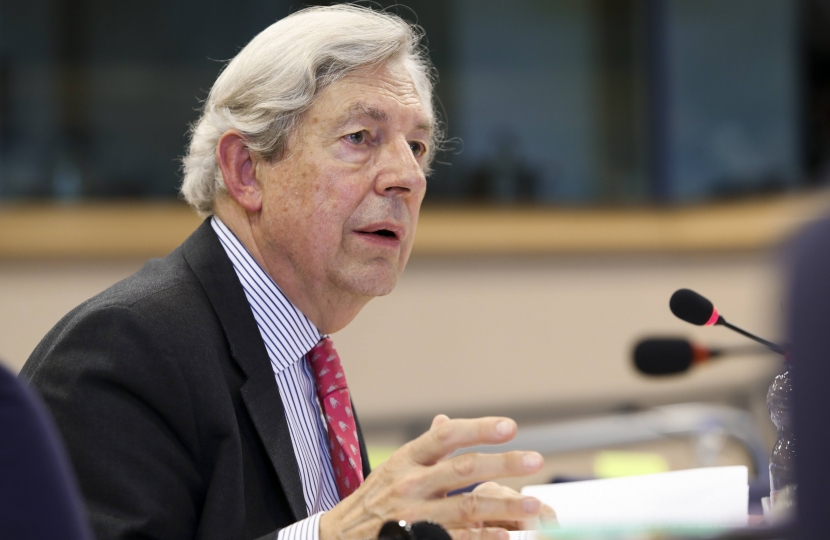 The EU Passenger Name Records (PNR) directive allows the collection and sharing of flight passenger data on flights into and out of the EU, as well as flights within the bloc. Steered through the European Parliament by former MEP Timothy Kirkhope the measures will enable highly-trained analysts to detect terrorist activity, drug and people trafficking. The USA and UK already used PNR to identify patterns of suspect behaviour and Conservative MEPs worked tirelessly to bring the practice to all EU Member States to combat terrorism and crime.

The 2015 attacks on the Charlie Head headquarters and at the Bataclan theatre in Paris unveiled a loophole in the EU’s rules which allowed poorly ‘de-activated’ firearms to be freely available. A number of similar items were amongst a cache of over 30 illegal firearms found by British police on a boat in Kent. Former MEP Vicky Ford introduced new restrictions on these types of guns to help prevent a similar attack anywhere within the UK and the EU.

These revisions mean that guns converted to fire blanks will in the future be licensed under the same rules as the original live firing version. Other measures tighten the rules on the ownership of semi-automatic weapons fitted with a high capacity magazine, require national authorities to keep details needed to trace firearms and improve information sharing between Member States.

Mrs Ford’s revisions make it harder for terrorists and criminals to get hold of firearms in Europe while safeguarding the interests of lawful sports shooters, collectors, re-enactors and other groups who use blank firing weapons.

The recommendations come as ISIS is attempting to channel its money out of Syria and Iraq through oil exports and by buying businesses and assets of all kinds. Terrorist groups are continually seeking for new ways to move their money around and Conservative MEPs supporting efforts to anticipate and close funding sources for terrorists.

Home Affairs Spokesman Daniel Dalton MEP is working to close a loophole which hampers the sharing of criminal records information on non-EU citizens between Member States. The European Criminal Records Information System (ECRIS) enables EU countries to quickly share previous convictions of the EU nationals. However, using the system to check individuals from outside the EU is cumbersome and inefficient.

Mr Dalton proposes setting up a new centralised database on third-country nationals within the EU. Such information has a wide range of uses, from assisting prosecutions to allowing checks to be quickly carried out on people applying for jobs in sectors such as education, health and childcare. The new system will be a crucial tool in tackling crime and terrorism.

Security and Defence Spokesman Geoffrey Van Orden MEP is helping spearhead the EU’s counter-terrorism policy. Mr Van Orden is the only British MEP to sit on the European Parliament’s special committee on the growing terrorist threat and was elected to be Vice-Chairman of the new group of MEPs. He is examining the shortcomings in the EU’s response to the recent wave of attacks across Europe and working with colleagues to produce a strategy to protect European countries from the dangers of extremism. The UK’s security is linked to the continent’s safety, it’s in Britain’s interests to work together to combat threats post-Brexit but that the EU counter-terrorism capabilities are strengthened.

Conservative MEPs are working inside the European Parliament to support the UK Governments efforts to sign a comprehensive security treaty with the European Union. It's in all our interests that the UK and the European Union continue to work together to combat crime, terrorism and other threats to our continent.