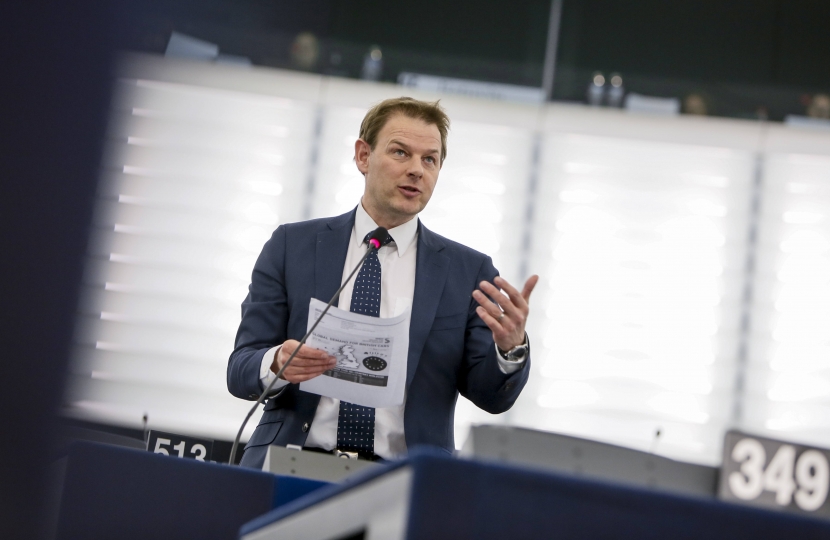 When citizen's data is transferred to the US for commercial purposes it is protected under the Privacy Shield agreement that became operational in August 2016. Safeguards on US Government access to the data, as well as protection and redress through dispute resolution mechanisms are also included.

In October 2017 the first review of the Privacy Shield was published and found that the agreement continues to ensure an adequate level of protection, with US authorities ensuring proper implementation such as new redress possibilities for EU citizens, including complaint-handling and enforcement procedures, and better cooperation with European Data protection authorities.

MEPs were voting on a resolution tabled by the Parliament's civil liberties committee that does make a number of useful recommendations to improve its implementation, such as appointing a permanent Privacy Shield Ombudsman.

However, the text makes a series of impractical and unreasonable demands and in particular call upon the European Commission to suspend the Privacy Shield if the US do not comply fully with the agreement by 1st September 2018. Suspending the agreement would in reality diminish the data protection rights of EU citizens and leave them in legal limbo while commercially it would most likely hit SMEs the hardest as they would be faced with urgently introducing new temporary measures, such as on contracts and corporate rules.

"MEPs on the left calling for the suspension of the EU-US Privacy shield need be honest with people about what this would actually mean for them – less rights and legal limbo. We don't have to look too far back to see the consequences of suspending international agreements and the uncertainty it causes

"Authorities in the EU and US are cooperating to make the Privacy Shield work, and we need to build on this to move towards full implementation. Ultimatums from the European side may sound good to some politicians and their supporters but in practice would be a disaster for people and businesses."