Trump/Kim summit will be judged by what comes next 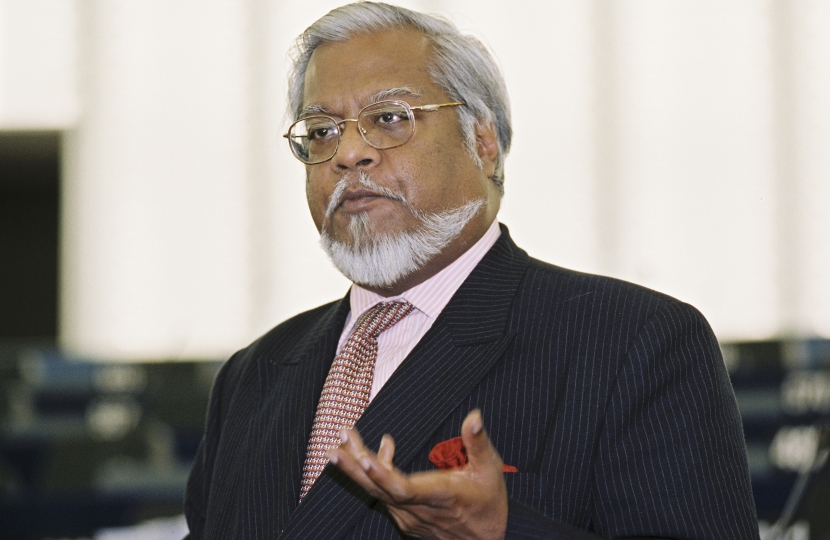 Conservative MEP Nirj Deva, who for the past 30 months has been engaged in behind the scenes negotiations to defuse tensions between the North and South Korea, hailed today's historic meeting between North Korean leader Kim Jong-un and U.S. President Donald Trump.

Mr Deva, Chairman of the European Parliament'sDelegation for Relations with theKorean Peninsula, has held 16 meetings with senior figures from the North Korean regime, with more planned. He has also liaised with the South Korean, Chinese and U.S. governments over the course of 50 in-depth meetings.

He congratulated both leaders for their willingness to engage in optimistic diplomacy, without pre-conditions.

He said: "Today´s meeting in Singapore marks a moment of truly of historic significance that the world should, united, commend. I have spent the past three years relentlessly advocating the case for dialogue; dialogue without preconditions; preconditions that no side could possibly accept.

“History teaches us that a deadlock of escalating hostilities will only be broken through engagement, without preconditions, just as when Margaret Thatcher, Ronald Reagan and Mikhail Gorbachev agreed to enter talks, without unattainable preconditions.

“Today, we have witnessed an act of marvellous symbolism which demanded great political courage and brings us one step closer to peace and stability on the Korean Peninsula. For all those who have supported our delegation's cry in the wilderness for the past four years, my sincerest gratitude.”

However, Mr Deva warned this was simply a first, albeit important step.

He continued: “This will prove to be a long and arduous process and it will take time, it will take patience, it will take infinite care to ensure that complete, verifiable, irreversible denuclearisation is a reality. With an estimated 310 nuclear sites in the DPRK the road to secure peace and stability for the entire Peninsula is undeniably uphill and will not happen overnight.

“While today´s summit is undoubtedly a landmark moment of unprecedented engaged diplomacy, the agreement made in Singapore will only prove significant in relation to what comes next.

“Of course denuclearisation is our ultimate goal and I am encouraged by today's agreement to work towards ridding the peninsula of nuclear weapons. However, we must be patient and careful in the demands we now place on DPRK. Hand-in-hand with denuclearisation will come the chance for economic development and the hope of bettering the lives of the most vulnerable in the DPRK.

“We have come a remarkably long way in recent months. If today marks the beginning of a process then that is a triumph for peace, for sanity, for intelligent and optimistic diplomacy, one we should all welcome.”