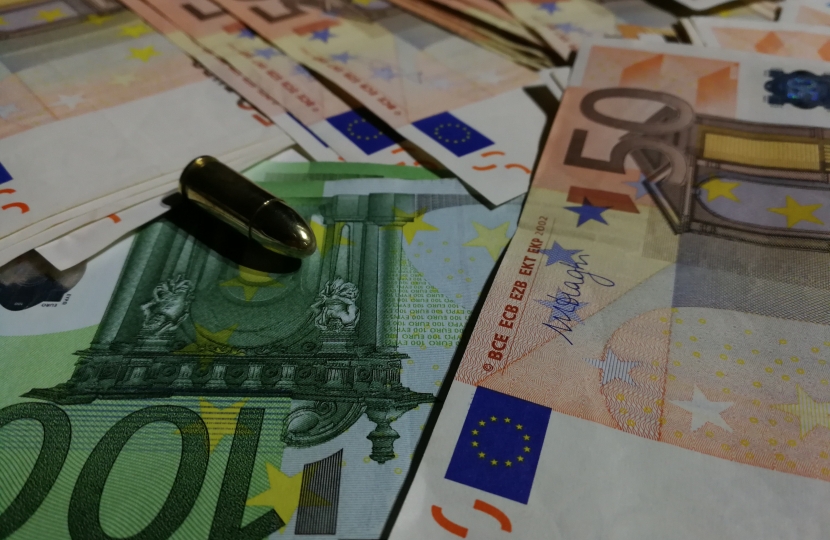 He was speaking as the European Parliament approved a raft of proposals, which ECR MEPs helped shape, aimed at starving jihadist radicals of crucial finances.

He said: "This report focuses on how money moves around the world and with the imminent demise of ISIS in Syria there can be no doubt fighters are trying to get money out so they can regroup elsewhere.

"We also see established and developing terrorist groups involved in many illegal activities, ranging from human trafficking, the drugs trade, and child exploitation. Tackling the finances of terrorist groups is key to curtailing their activities and goes hand in hand with de-radicalisation programmes and intelligence led counter-terrorism operations.

"It's clear that terrorism and its financing knows no borders and needs to be tackled at the multilateral level. As the UK leaves the EU security is one the key areas of cooperation that must continue."

ECR MEP Geoffrey Van Orden, Vice-Chairman of the European Parliament's Terrorism Committee, added: “These proposals are very timely and complement the work of the Special Committee on Terrorism which is currently working very hard to find ways of improving the response to the terrorist threat.

“We welcome proposals for stricter control over foreign funding of those places of worship and religious education which inhibit integration into our society and in some cases are the seed bed for Islamist terrorists.

“The UK has great expertise and experience in dealing with terrorism. The need for the EU to respond positively to the British Prime Minister’s call for a security treaty should not be delayed.”

It also calls for the establishment of a common information platform where intelligence could be pooled, while places of worship and education, institutions, centres and charities in EU countries suspected of having links with terrorist group be forced to provide full details of all their sources of funding.

The proposals will now be passed to the European Council, Commission and the European External Action Service with a call for action.