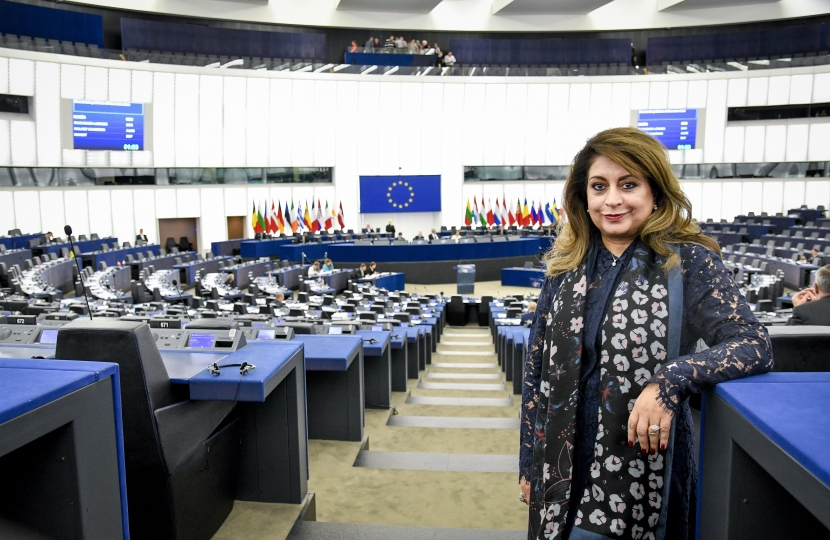 Proposals to boost opportunities for women and tackle sexual harassment in the European Parliament have been supported today by Conservative MEPs.

Currently only 37 per cent of MEPs are women and although women constitute 59 per cent of Parliamentary staff, they are under-represented in management positions. Last year a series of complaints prompted the Parliament to strengthen its systems for reporting and investigating sexual harassment.

Conservative Women's Rights Spokesman, Baroness Mobarik, was pleased to see MEPs back today's report, which includes many measures already adopted in the UK.

She said: "I'm afraid to say the European Parliament is still not gender balanced. Some progress has been made, but until it properly reflects the wider population in terms of gender, race and culture, it cannot claim to be properly representative.

"This report contains some useful proposals and I'm particularly pleased to see it recommend the Parliament follows the UK's example in developing training programmes for women with leadership potential. This would help crack the glass ceiling that still exists in the EU institutions.

"No-one should feel held back by their gender or feel unsafe in their place of work."

The report recommends adopting fair hiring practices to help women reach top political and administrative positions in the Parliament as well as mandatory training for MEPs and staff to tackle sexual harassment.

Last year the UK Government made it compulsory for companies with over 250 employees to report the gender pay gap within their workforce.