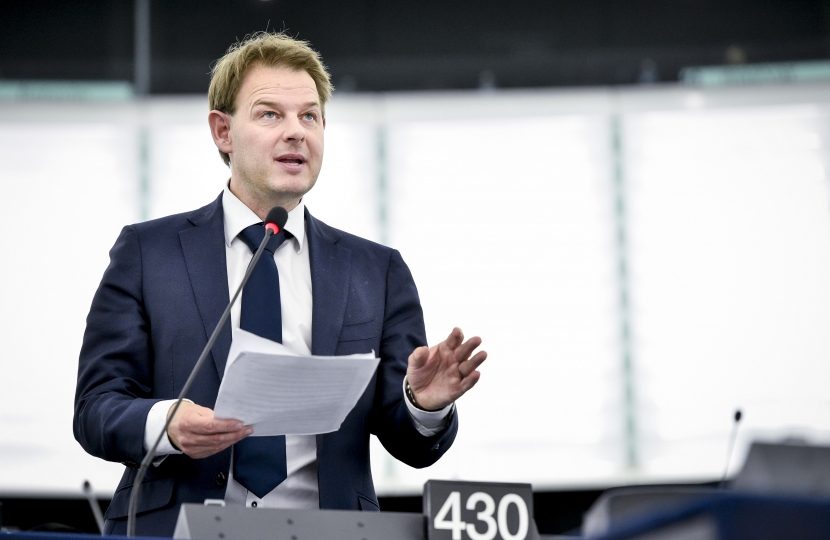 An agreement that will close a loophole currently hampering the fight against cross border crime and terrorism has been approved today in the European Parliament.

The proposals, that are being led through the Parliament by Conservative Home Affairs spokesman Daniel Dalton MEP, will enable national authorities to quickly establish whether another EU member state holds criminal records on a non-EU citizen.

Under the current system there is a gaping loophole concerning non-EU nationals who have committed several crimes in different member states. At present, officials who suspect a non-EU national has a criminal past can only uncover their previous convictions by individually asking all 27 other member states.

This power is rarely used, owing to the burdensome process involved, in cases involving non-EU nationals. It means their past criminal convictions risk remaining unknown to judges. This makes our citizens less safe.

The agreement foresees the creation of a centralised database that will show which member states might hold relevant information about a convicted criminal. The new system, known as the European Criminal Records Information System Third Country National (ECRIS-TCN), will not contain the full criminal records themselves, but will show whether the person in question has a conviction in another EU country, allowing authorities to contact their counterparts for more information.

“This measure aims to make it harder for criminals to slip through the net. Authorities must have the necessary tools to fight crime and terror effectively; they cannot do that with their hands tied behind their backs with red tape.”

“EU nationals and third country nationals will now be on an equal footing in the eyes of our national and European criminal justice systems. This also means that EU nationals who also hold a third country passport will no longer be able to hide their past criminal convictions by showing just one of their passports.”