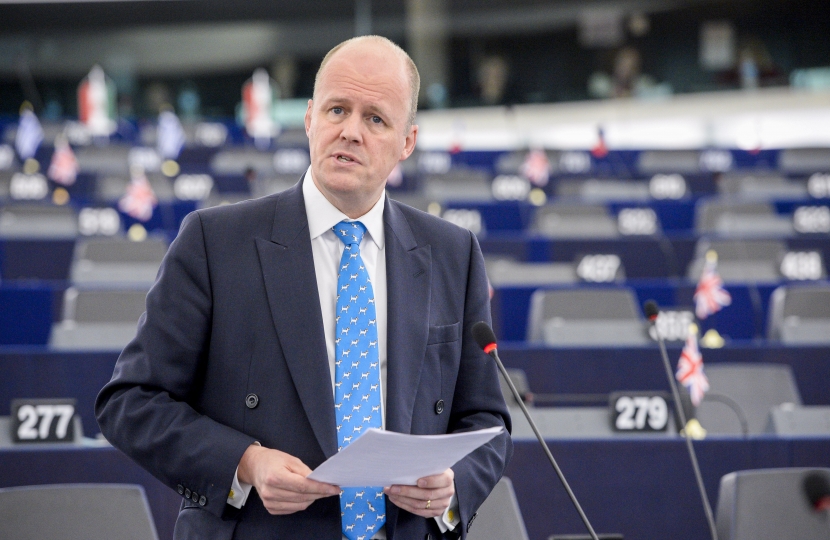 Conservatives must rally behind the Prime Minister as we enter a critical stage in the Brexit negotiations, the party’s annual conference was told today.

Ashley Fox, leader of Conservative MEPs, said it was right to expect party members to express different views – indeed such a variety of opinions highlighted the breadth and strength of the party.

But he stressed such debates must take place within a framework of respect and loyalty.

Mr Fox said: "We should take a lesson from the approach of the EU27 to these negotiations. Whilst European politicians express differing opinions in private, in public they are disciplined, united and focused. We must be the same.

"I am sure I speak for thousands of party members across the country who simply want the Government to be allowed to devote all its energy to securing an agreement in Brussels and not be undermined by disagreements in Westminster."

He stressed implementing Brexit was never going to be easy – it was because Brussels had got so involved in so many areas of our national life that many voted people to leave.

But the vast majority of citizens, from the Shetland Islands to the Rock of Gibraltar, whether leavers or remainers, now simply wanted the best possible outcome.

And he urged delegates to keep their eyes on the prize.

Mr Fox concluded: "If we get this right we can come through Brexit as a richer, stronger and more united country. A country that has taken back control of its laws but not broken off relations with our neighbours.

"A country that trades freely with every continent, including Europe.