Dalton: Any action must make a difference in Hungary 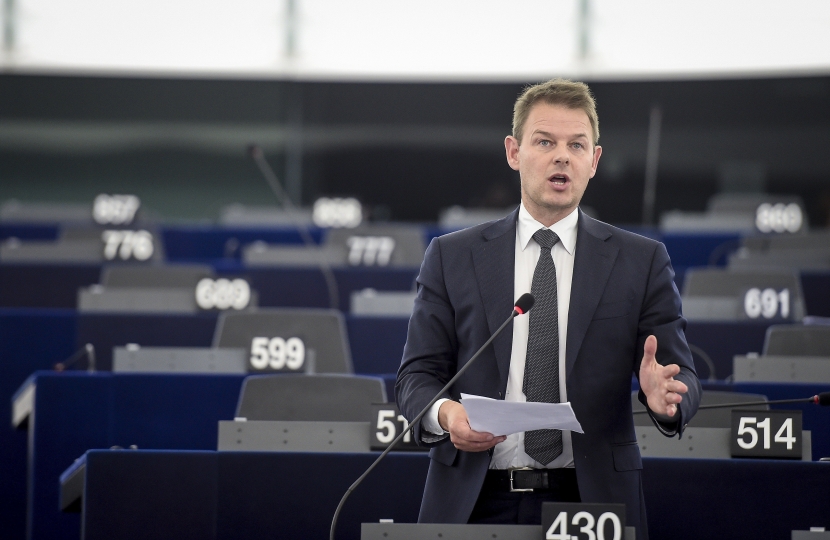 Conservative Home Affairs Spokesman Daniel Dalton MEP has issued the following statement:On Wednesday Conservative MEPs voted against a resolution in the European Parliament calling for so-called Article 7 proceedings to be invoked against Hungary.

Contrary to what our political opponents and some in the media are trying to portray, this in no way signalled approval or support for any of the policies of the Hungarian government

We opposed it on the broad grounds that the resolution went way beyond the Parliament's competency and that the remedy it sought - Article 7 can lead to a member state's voting rights being withdrawn - was disproportionate and will never be applied because Poland has already pledged to veto it in the European Council.

More specifically, and just as importantly, we voted against the resolution because it will not work. Worse, it could make any subsequent legal moves against Hungary more difficult.

We have always believed that if Article 7 action is to be considered against a member state, it must be done in a legally sound way that specifically addresses legal incompatibility with EU law. That is a job for the European Commission, as guardians of the treaty, following the correct legal process, not a resolution drafted by the Green group in the European Parliament.

This legal route has had proven success in the past, with the Hungarian government quietly changing several laws after the Commission took action against it through the European Court of Justice. In contrast, there is no record of the Orban government backing down in the face of political pressure.

If the Commission proposes action in this latest case (as it may still do) then we will look at it differently.

This week the Parliament politicised what should be a legal process for the sake of making a political point. By doing so it presented Orban with an international platform from which to portray himself as defending Hungary against the EU. As a result he has been strengthened domestically.

Equally significantly, it has prejudiced any future legal action that the Commission may wish to take by allowing Orban to claim it is politically motivated.

So the parliament resolution was in our opinion misguided, politically rather than legally focused, has strengthened Orban and has provoked a Polish veto which will mean none of the major issues of concern will be addressed.

In addition, the Parliament resolution used as a justification many issues which are not EU competences, educational matters and the NGO laws being two examples. To vote to invoke Article 7 based in part on some of these complaints would signal tacit support for a significant increase of EU powers in areas where the member state is currently sovereign.

So for these reasons we voted against. We were supported by several other centrist parties in this position, including Angela Merkel's German coalition partners the CSU.

We take very seriously the concerns about the direction that the Hungarian government is taking, particularly in the rhetoric surrounding migrants and ethnic and religious minorities, and the rule of law and freedom of the press.

That means it is even more important that action that might ultimately be taken has a sound legal base and is able to make a difference in Hungary. That won’t be the case if the European Parliament takes the sort of approach it did this week.