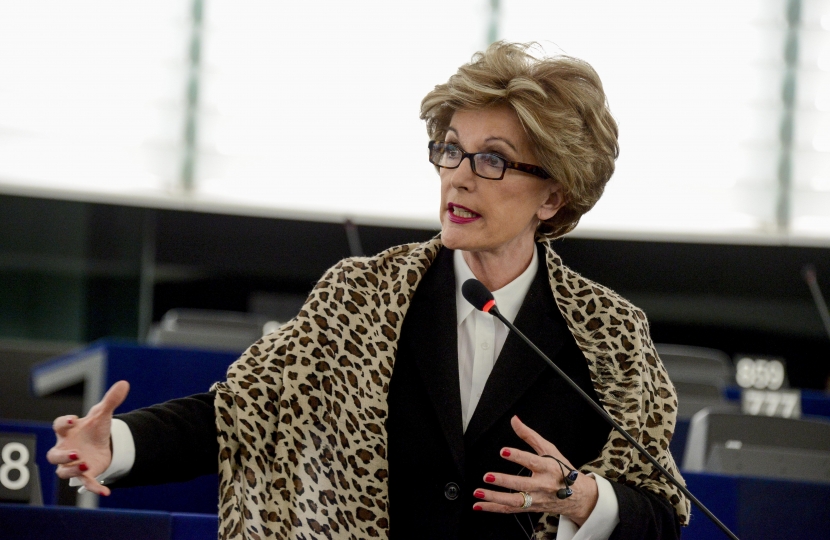 In the European Parliament, Conservative MEPs have been leading efforts to protect our environment and combat climate change. Here are just four things we've done:

Revised the EU's main policy to cut emissions across Europe

By 2030, the emissions of more than 11,000 power stations and industrial plants across Europe will be 43% lower after the European Parliament backed former MEP Ian Duncan's proposals. His ambitious plans to revise the EU's Emissions Trading Scheme (ETS) will ensure that Europe meets its Paris Accord commitments and help deliver an 80% reduction in CO2 by 2050.

The scheme works by imposing a cap on carbon emissions for industries in 31 countries and operates a market under which companies can buy and sell their allowances to emit pollutants. His revisions will speed up the reduction of allowances to push up their cost after the market price became too low, providing a greater incentive for industries to adopt cleaner methods.

Aviation is one of the fastest growing sources of greenhouse gas emissions with the total level expect to increase by 300% - 700% by 2050. Conservative MEPs believe that a global solution is needed to reduce aviation emissions, not just a European one.

Transport Spokesman Jacqueline Foster MEP worked to prevent the European Parliament from applying charges to non-EU airlines for the emissions of their flights in and out of the bloc, which previously sparked a trade war when first introduced. Mrs. Foster helped secure more time for the International Civil Aviation Authority Organisation to finalise a global scheme that will tackle aviation emissions in more than 70 countries.

In 2015 consumers’ confidence in car manufacturers plummeted after discovering that companies had cheated emissions tests. In response, Daniel Dalton MEP delivered the only legislative response to the emissions scandal that will mean cars are tested on the roads, in real driving conditions, throughout their lifetime. The measures will toughen up market surveillance replacing a system that was at best patchy and at worst ineffective.

An estimated 400,000 people die prematurely each year due to poor air quality. Conservative MEPs steered the National Emissions Ceiling through the European Parliament to set ambitious targets to reduce air pollution and half the health impact of bad air by 2030.